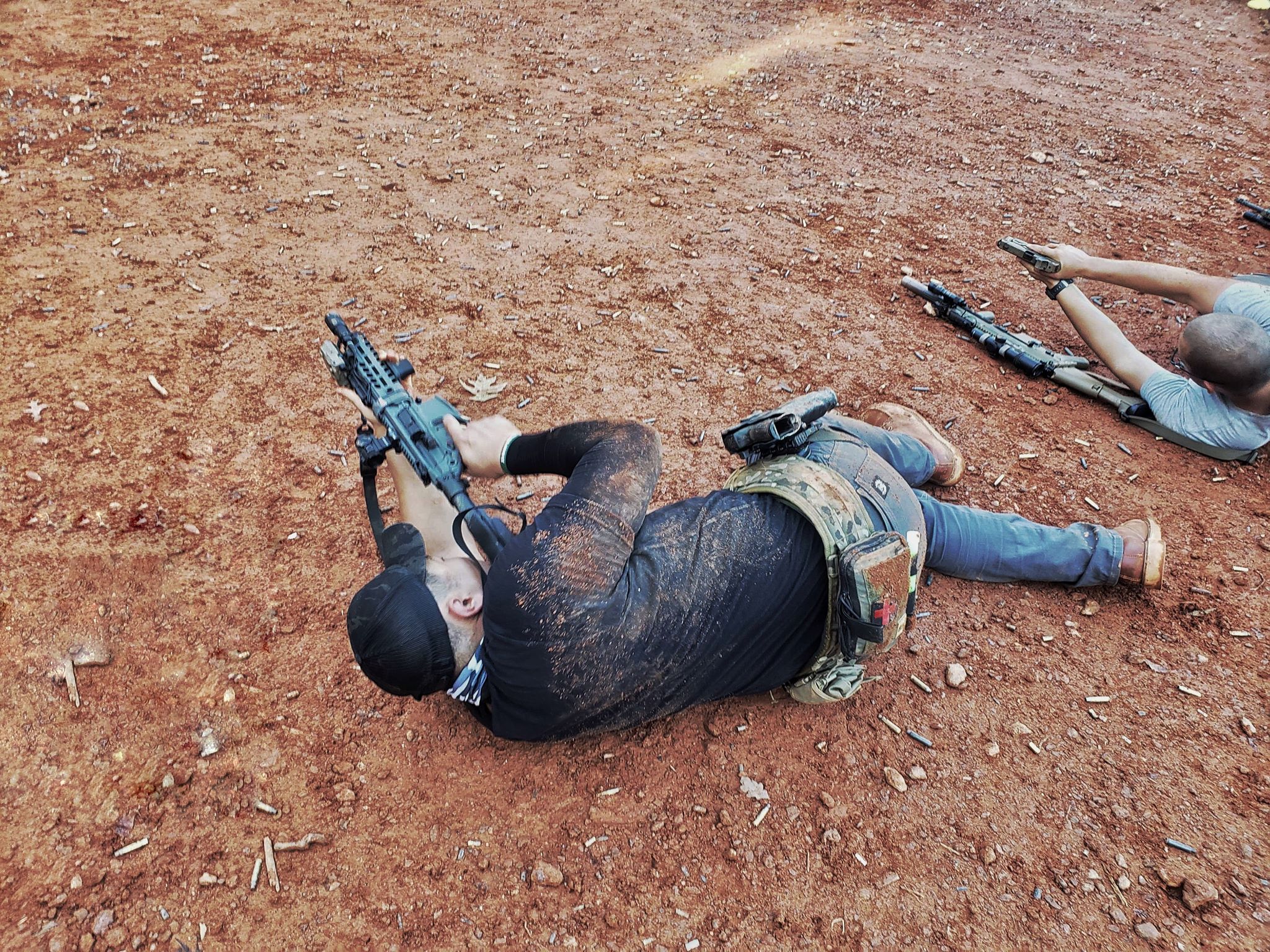 Last October I got the opportunity to take the 2-day Low Light Solutions class from Bryan Veliz of Slytac Training Solutions.

Pretty much from day one of carrying a concealed pistol daily I’ve had a weapon mounted light (WML) on my handgun. Even as a complete novice, the idea of being able to see what I’m trying to shoot in the dark while maintaining a good two-handed grip on the pistol seemed like a no brainer. Of course I wanted that. Later I was awakened to the fact that I don’t have the luxury of whipping out my gun/light to check out a suspicious shadow, or to look for my car keys on the ground, or to simply provide me more information; for that I needed a handheld light. So, I carried both, and felt pretty comfortable.
Ha! Enter Bryan’s class.
The class was nothing like I expected. I came to the class partially not knowing what to expect, and partially half-expecting to be running USPSA/2-gun style courses of fire, but with WMLs in the dark. Bryan quickly set me straight. While we did talk about methods of deploying our white lights on our guns, we spent the large majority of both days working with our handheld lights in conjunction with our pistol or rifle or both.

The first day was entirely pistol work, and the second day was much more rifle-centric, but we worked with our pistols especially when it came to primary to secondary transitions. Bryan covered all the ways to use a handheld light while shooting pistols and rifles and how to get the most stable positions while shooting mostly one-handed. We learned how to effectively conduct a search in low light and no light conditions, how to properly scan and take in information, how to deploy our handhelds without casting shadows that work against us, and how to use our lights to take in information as we shoot, move, and shoot again. We got to work a lot of malfunction clearances in the dark, sometimes utilizing our WML and sometimes utilizing our handheld to take in information that would help us diagnose and fix the issue.
I learned that WMLs make shooting in the dark easy; what’s not easy is shooting in the dark without one. There are dozens of reasons why your WML may not be available to you. Maybe you are carrying a subcompact without a light, maybe your light is already staged in your hand when you need to draw your weapon. We are not hard-wired to drop what we’re currently doing to do another task, so we have to be prepared to shoot with one hand on the gun and one hand on the light. I also can’t be scanning/searching with my WML because I don’t want to be flagging people that don’t need guns pointed at them. If I need to check my six before, during, or after an engagement, I need a handheld light. If I need to get a positive identification on someone, I’m going to need a handheld light.

I was pleasantly surprised at just how much of low light shooting applications I DIDN’T know. So much of the class content was new to me, yet it made sense and was delivered at a rate at which everyone could keep up. Bryan allowed ample time for questions and answers, and he demoed everything for us as many times as we needed to properly understand. Bryan also had us do each drill in the dry fire first, so we could get used to unconventional shooting positions, etc. so that we could learn the functions safely before going to live fire.

The last thing I’ll say is that the combination of shooting in the dark, in the rain, in the mud, and one-handed will really test your skill, your mental aptitude, and your gear. The Modlite OKW fared fantastically, as you might imagine, and so did my Streamlight TLR 1 HL. I did decide to check out a Surefire x300u after the class, and I will be eventually switching over to that light or the new Modlite pistol lights when they come out. My HLX handheld did well, but I decided that I don’t like clicky tailcaps that give me constant on. I’d rather have momentary only out of the tailcap. After the class, I bought a Surefire EDCL2-T and a Thyrm ring, which I have been carrying ever since.

Overall, I highly recommend low light training with Bryan, and I would without hesitation take any of the other courses he offers. Bryan has a talent for teaching and I walked away a much better equipped and better trained responsible armed citizen.